The Shellback Club officially started in February 1934 and met at Eileen Bradley’s Tea House on Adelaide Street but had its roots earlier. Starting in 1924, some of the crews of large racing sailboats from RCYC met weekly in the summer to organize crew duties.

By 1934, these crew meetings had morphed into The Shellback Club as other sailors from Clubs in the area liked the idea of sharing lunch and sailing lore...and even singing a shanty.

To be a “Shellback” today only requires attending a lunch meeting and joining everyone in singing a sea shanty. 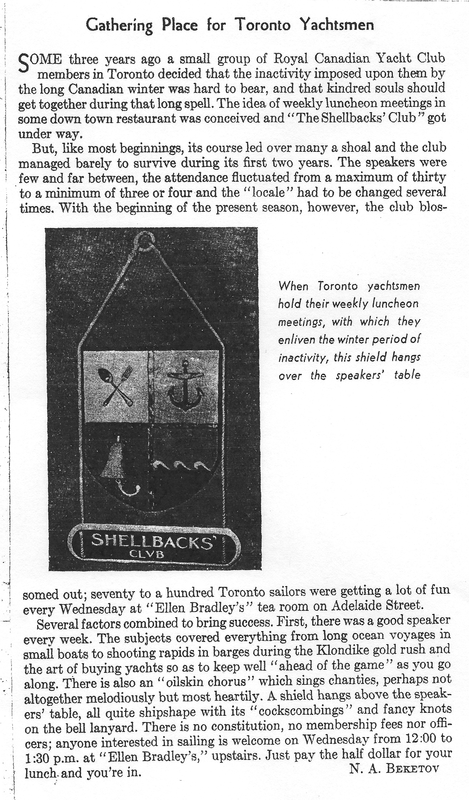 A lot of interesting history on the Shellbacks Club can be found in ﻿Bob's Nautical Blog﻿. Bob Townsend, the writer, pulled together lots of information that had been squirreled away in old issues of GAM, among other places.