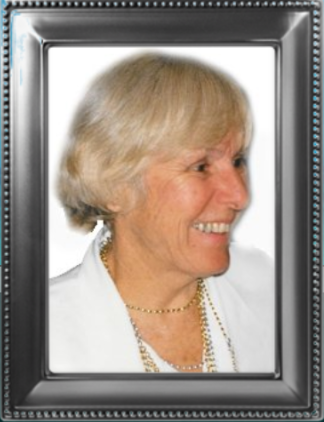 Karin passed away on Wednesday, March 7, 2018 in Mississauga at the age of 95.  She is survived by sisters Bernice Molter and Mickey Lightfoot, plus many nieces, nephews, great and great-great nieces and nephews.

Karin was a graduate of the Ryerson Institute of Technology School of Journalism and in 1957 founded “Gam on Yachting”.  She was recognized for her many contributions to various causes such as the Tall Ships Programs, shipments of materials and supplies to hospitals and schools in Cuba, support of the Spring Thaw Luncheon by the International Boat Show (1999) and was inaugurated into the Boat Show Hall of Fame.  In 2002 she received the Ryerson University Award for Distinguished Achievement and was inaugurated into the Ryerson Wall of Fame.  In 2005 she was named Yachtsman of the Year.  A special thanks to the staff at Mississauga Long Term Care for the wonderful care she received during her stay.

Karin has been cremated and her remains will be spread on the Toronto Island which she so dearly loved.

I MUST go down to the seas again, to the lonely sea and the sky,
And all I ask is a tall ship and a star to steer her by,
And the wheel's kick and the wind's song and the white sail's shaking,
And a gray mist on the sea's face, and a gray dawn breaking.
I must go down to the seas again, for the call of the running tide
Is a wild call and a clear call that may not be denied.